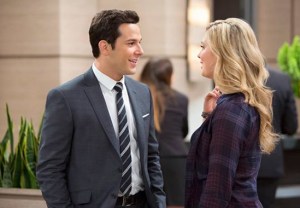 Ground Floor is taking the stairway to heaven.

The show’s Feb. 10 Season 2 closer will now serve as its series finale.

UPDATE: A TBS rep maintains that Ground Floor has not been officially cancelled.
UPDATE: TBS on Feb. 13 officially announced the series will not be moving forward,