WRITER: Tad Quill
CAST: Jane Lynch (Glee), Maggie Lawson (Psych)
When Amy enters Allison’s life and claims to be her guardian angel, they form an unlikely friendship and Allison can’t be sure if Amy is an angel or just nuts.

WRITER: Michael Seitzman
OTHER EPs: David Semel, Marti Noxon, Linda Goldstein-Knowlton, Ryan McGarry
CAST: Marcia Gay Harden (Trophy Wife), , Ben Hollingsworth (Cult, The Tomorrow People), Bonnie Somerville (Cashmere Mafia)
Medical drama set in the busiest and most notorious ER in the nation where the extraordinary staff confronts a broken system in order to protect their ideals and the patients who need them the most. Based on the feature documentary produced and directed by Ryan McGarry.

WRITER: Tony Phelan, Joan Rater
OTHER EPs: Sarah Timberman, Carl Beverly
CAST: Laverne Cox (Orange Is the New Black), KaDee Strickland (Private Practice), Dulé Hill (Psych), Elliott Gould (Ray Donovan), Dreama Walker (Don’t Trust the B—- in Apt. 23), Teddy Sears (Masters of Sex)
A smart, chic, successful defense lawyer at a boutique firm shockingly gets romantically involved with one of her clients who may or may not be guilty of a brutal crime.

THE HALF OF IT (Comedy/Multi-Cam)
WRITER: Mike Gibbons
CAST: Jon Dore (How To Live With Your Parents), Morgan Krantz (Switched at Birth)
Newly divorced dad revels in the fact that he now gets to keep half his stuff, which is more than he ever had when he was married.

WRITER: Bill Wrubel
CAST: Steven Weber (Chasing Life), Minnie Driver (About a Boy), Duane Martin (All of Us), Eric Petersen (Kirstie), Rita Moreno (Happily Divorced), Alli Kinzel, Noland Ammon
Joe is a family man who struggles with the fact that everyone around him is pursuing their dreams and enjoying their lives more than he is.

WRITERS: David Shore, Bryan Cranston
OTHER EPs: James Degus, Erin Gunn
CAST: Margo Martindale (The Millers), Giovanni Ribisi, Peter Gerety (Prime Suspect), Shane Mcrae
Upon leaving prison, a thirtysomething con man takes cover from his past by assuming the identity of a cellmate. “Sneaky Pete” then hides out from his debtors while working for his new “family’s” bail bond business. There he uses his considerable charm and criminal prowess to take down bad guys far worse than himself, partnering with a very attractive female “cousin” who has her suspicions about his real motives. 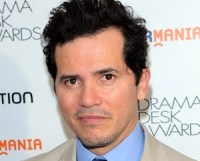 UNTITLED PHELAN & RATER (Drama)
WRITERS: Tony Phelan & Joan Rater
OTHER EPs: Sarah Timberman & Carl Beverly
CAST: TBD
A smart, chic, successful defense lawyer at a boutique firm gets romantically involved with one of her clients who may or may not be guilty of a brutal crime.