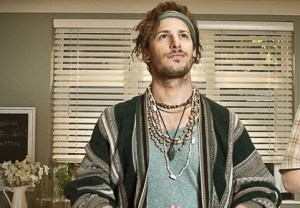 Things are getting Cuckoo at NBC.

The network has given a pilot order to an adaptation of the UK series, which starred Andy Samberg (Brooklyn Nine-Nine) in its first season, followed by Taylor Lautner (Twilight) in the second installment.

In the potential single-cam comedy, a daughter comes back from a summer abroad married to a charming-but-infuriating eccentric named Cuckoo, much to her father’s annoyance.

Original creators Robin French and Kieron Quirke will pen the pilot with Tim Long (The Simpsons), who also serves as an executive producer.

This is the second straight development season that NBC has tried to adapt Cuckoo. The project received a put pilot commitment in 2013.