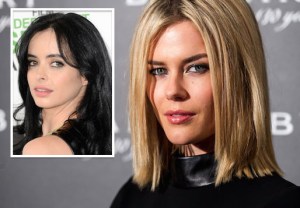 Rachael Taylor has joined the cast of Marvel’s AKA Jessica Jones, which premieres this year on Netflix.

In the 13-episode Marvel series, Jessica Jones (played by Apartment 23‘s Krysten Ritter) — following a tragic ending to her short-lived superhero stint — is rebuilding her personal life and career as a New York City detective who gets pulled into cases involving people with extraordinary abilities. Trish, as her closest friend, helps Jessica embark on the most dangerous case of her career.

In Marvel comics lore, Trish/Patsy ultimately suited up as the hero Hellcat.