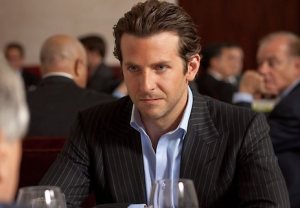 CBS’ latest pilot orders include an adaptation of the Bradley Cooper movie Limitless.

In the original 2011 thriller, Cooper starred as Eddie Morra, a writer who with the help of the experimental drug NZT is able to access 100 percent of his mind, and in turn rockets to success in the financial world.

The TV take, penned by Craig Sweeny (Elementary, The 4400) and counting Cooper among its executive producers, follows a man who uses his newfound NZT-enhanced abilities to (of course) solve weekly cases for the FBI.

Other EPs on the project include Alex Kurtzman and Roberto Orci, and director Neil Berger (who also helmed the Limitless feature).

CBS also ordered a pair of comedy pilots on Wednesday: The Tad Quill (Scrubs)-penned Angel From Hell, in which a woman wonders if her self-proclaimed guardian angel is the real deal or just nuts, and an untitled project about a group of friends and family at three different points in their lives.