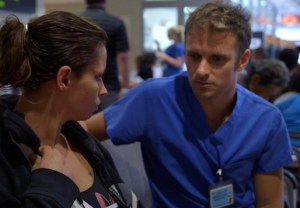 CBS is breaking out the paddles and reviving the festival award-winning documentary Code Black (pictured) as a drama pilot.

To be penned by Michael Seitzman (Intelligence), the series pilot will be set in “the busiest and most notorious ER in the nation” – L.A. County Hospital – where the extraordinary staff confronts a broken system in order to protect their ideals and the patients who need them the most.

CBS’ previous drama pilot orders include an adaptation of the movie Rush Hour and an untitled project about a female defense lawyer who gets romantically involved with a possibly guilty client, while Supergirl was been fast-tracked with a series order.