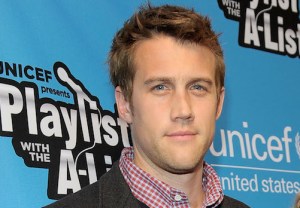 The man who was one half of Lifetime’s Wills and Kate will sit the throne once more, this time on NBC’s Grimm, TVLine has learned exclusively.

Kenneth is described as handsome, ruthless and commanding. He’s sent to Portland by the King with the express intent of recovering Adalind’s daughter — which means that Viktor, who so far has fallen down on the job, should probably start making contingency plans, and quickly.

Evers-Swindell, who hails from New Zealand, also has appeared on Manhattan Love Story, CSI and The Office.