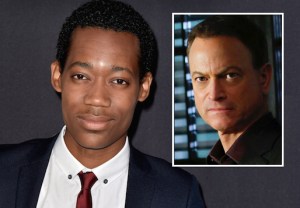 The new Criminal Minds team is growing, with the addition of Tyler James Williams.

Our sister site Deadline reports that the Walking Dead actor has joined the long-running CBS procedural’s latest planted spinoff pilot in the role of Monty, a tech analyst who stays at home to liaison with the victims’ families while the rest of the BAU team trots the globe, tending to the crises of Americans abroad.

Williams’ TV credits also include Go On and Everybody Hates Chris.