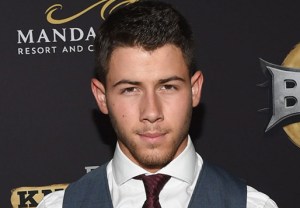 Nick Jonas has a right to be hellish, and he’s about to put it to good use.

Scream Queens‘ 15-episode first season, set to debut this fall, revolves around a college campus that is rocked by a series of murders.

The Hollywood Reporter was first to report the news of Jonas’ casting.