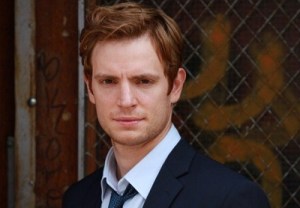 Anyone on Chicago P.D. need a doctor? Because there’s one in the family!

Nick Gehlfuss (Shameless) will recur on the NBC drama as Jay Halstead’s brother Ryan, in addition to appearing on the potential Chicago Med spinoff, TVLine has learned exclusively.

Ryan is “a bit of a playboy and a successful doctor, but always off to the next good time,” executive producer Matt Olmstead says. “[He] never really sticks around when things get complicated. We’re finding him in a point in his life when he has to knuckle down and get real about being in Chicago.”

When the two Halstead siblings are reunited, “they’re glad to see each other,” the EP says. “It’s not like the ne’er-do-well brother shows up. But it’s a brother who’s got some things he needs help with ironing out.”

Gehlfuss will also appear in an episode of mothership series Chicago Fire, which will serve as a planted pilot for the franchise’s medical offshoot.

In addition to his role on Shameless — he was the guy Fiona cheated with last season — Gehlfuss’ TV credits include Longmire, Murder in the First and The Newsroom.