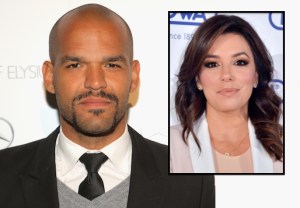 Eva Longoria’s Telenovela has found its dastardly villain… or has it? (Just kidding. It totally has.)

Prison Break‘s Amaury Nolasco will play Rodrigo, the bad guy on the show-within-a-show in NBC’s upcoming Longoria-led comedy, per The Hollywood Reporter.

The 13-episode, single-camera series centers on popular daytime actress Ana Maria (Longoria) and her life on and off set.