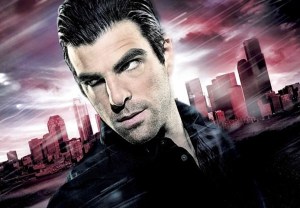 “I’m not going back,” the actor told BuzzFeed. “[Series creator] Tim [Kring] reached out to me when they decided they were going to do it. We had a great conversation. It was such a meaningful experience for me. I just felt like I didn’t want to go back to it.

“Tim was very, very understanding,” Quinto added. “I’m thrilled that they’re doing it. I’m thrilled that Jack Coleman is going back to it. It’s a great thing to be a part of. I just felt like I need to cultivate other outlets for myself.”

To date, Coleman (AKA Noah Bennett/HRG) is the only Heroes vet to commit to the revival. Zachary Levi, meanwhile, has signed on to play a new, unspecified role.

Thoughts on Quinto’s decision to resist being Reborn? Should Kring recast Sylar, or create a new arch villain? Hit the comments!