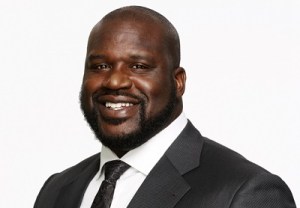 Shaq this out: Shaquille O’Neal will star in truTV’s comedy pilot Shaq Inq.

The workplace sitcom is loosely based on the wild and frenetic business empire of the former basketball player, who will serve as an executive producer alongside Mike Tollin (Smallville, Arli$$).

The half-hour project follows O’Neal and the team who manages his existing products and endorsements while implementing his latest batch of eccentric and oftentimes brilliant business ideas.

* Get ready for a bloody good time. NBC has unveiled a trailer for Season 3 of Hannibal, premiering this summer.

* General Hospital has tapped The Young and the Restless alumna Hayley Erin to take over the role of Kiki Jerome, who was previously played by Kristen Alderson, Daytime Confidential reports.