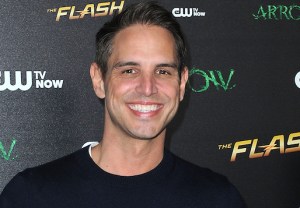 Berlanti’s Blindspot begins with a beautiful woman, covered in a “road map” of tattoos, discovered naked in Times Square. Her mysterious ink sends the FBI on an intense journey which, ultimately, reveals her true identity.

Writer Martin Gero (The L.A. Complex) will executive-produce with Berlanti.

* Unveiled, which follows a team of “flawed” guardian angels, all desperate to restore their faith as they attempt to rescue those in need. Burnett and Downey (The Bible) will executive-produce alongside writers John Sakmar and Kerry Lenhart (Psych, Boston Public).