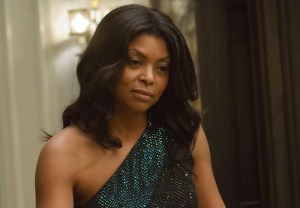 Fox’s Empire is off to a royally great start, tying How to Get Away With Murder as the TV season’s No. 1 debut, building on those numbers in Week 2 and earning props for its casting as well as its depiction of homophobia within the black community. As reward, the freshman drama already has earned a Season 2 pick-up.

TVLine sat down with showrunner Ilene Chaiken (cocreator of The L Word) to survey Empire‘s reign so far, qualify those Dynasty comparisons and preview the conflicts ahead for the Lyon family.

TVLINE | What does already having a Season 2 order allow you to do?
It allows me to know that we’ve got a lot of work ahead of us! It’s so important to all of us to keep up what [creators] Lee [Daniels] and Danny [Strong], and [executive producers] Brian [Grazer] and Francie [Calfo] started. Not that they’re not going to be joining us, but they gave us such a gift with this show, and we are absolutely dedicated to keeping it every bit as fresh and good in a second season — and for many seasons to come.

TVLINE | Storytelling-wise or as far as pacing, do you get to tweak something, knowing that Season 2 awaits?
No, I figured that there was a decent chance that we’d get a second season on this show and we just [wrote] our finale, which we start shooting next week. So, we are doing the best season finale we can. Up until [the pick-up was announced], we were hopeful that we would get to pay off all the great things we’re setting up.

TVLINE | Did you have any kind of a ratings number in your head when the show was about to premiere?
I didn’t, mainly because I’m not good at numbers. [Laughs] But I can safely say that it exceeded my hopes and expectations.

TVLINE | What do you think the show struck the nerve that it did? Do you think the cast’s diversity has a lot to do with it?
Well, I think that people were ready for the diversity. The television audience loves to see something that they haven’t seen before.

TVLINE | As I watched the pilot, I kept thinking: Why had no one yet set a prime time soap opera in the hip-hop industry? It’s so delicious a premise.
It is delicious, and I think that that’s a big part of it. Television works best when it takes the audience some place new, gives them an experience that they’ve never had before and couldn’t have had elsewhere, but that’s also profoundly relatable in so many ways. 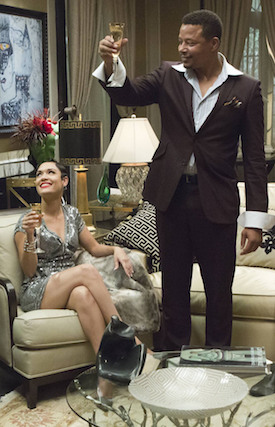 TVLINE | When I wrote my review, I debated about referencing Dynasty in the headline because I was like, “I bet Fox doesn’t want to this lofty project with Terrence Howard and Lee Daniels pegged as a ‘soap opera.’” Was there any hesitation about embracing that?
You know, Lee Daniels has no hesitation about it. Lee has always called this his “black Dynasty.” He wants the show to be that. My feeling is: I don’t run from it, I don’t object to it, but I do think that this show is better than those soap operas from that era. And I grew up in that era, I learned at the feet of Aaron Spelling. I worked for Aaron Spelling for many years. But I think that this show has qualities, and importance, and authenticity that those shows didn’t have. They were confections, while there’s a lot of grit and a lot of truth in Empire that feels much more powerful.

TVLINE | Coming out of last week’s episode: How quickly are we going to find out the details of this deal that Cookie (played by Taraji P. Henson) made with the FBI?
I can tell you that we’re going to find out more, to some extent, over the course of the next episode or two. By Episode 5 (airing Feb. 4), you’ll find out more detail.

TVLINE | Is Cookie going to confide her predicament in anybody? Can she?
Well, that’s a big part of the story. And in this upcoming episode, you’ll find out whom she’s confided in. It’s not safe for Cookie to confide in too many people, and that’s a conflict for her. There’s a lot that she has to keep bottled up in order to survive, but it’s what she’s done for 17 years.

TVLINE | Why has Lucious (Terrence Howard) not been warmer to the ex-wife who just returned from a 17-year prison stint, after she took one for the team? What have you not told us yet?
Because he’s a complex man. That to me is not a plot point, it’s a character point. It’s not as if there’s some dark secret. In order to accomplish what he wanted to accomplish, and what they agreed he had to do, he had to shut himself off. He had to do some things that created a divide between them. He did it — and he’ll say it — for the family. He even believes he did it for her, but it hurts [Cookie]. And now she’s back, and he knows that she’s not going to make it easy for him. She’s a complication, to say the least!

TVLINE | What’s been the tricky part about crafting Cookie? I mean, Taraji Is obviously having a ball, and she’s so freaking quotable. But there’s probably a line to not cross….
There is a line. She can deliver every line, always, so the inclination is to go broad, to go for those big moments. But she’s a very real character to all of us, and we do have to check ourselves sometimes…. 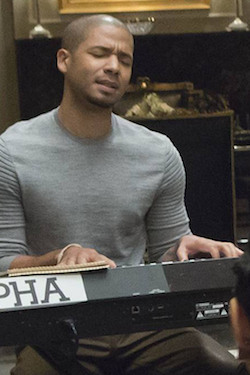 TVLINE | She can’t always have that “Shut up, Dora!” moment.
Exactly. And so much of that [restraint] is [coming from Taraji], by the way. She and all of the actors know their characters so well, they keep us in check, too. We have a very open collaboration, and they tell us if we’ve gone off the rails — which we do very occasionally.

TVLINE | The show has taken some knocks as far as the bluntness of some of the language directed at Jamal. What’s your point of view on that?
It’s how Lucious speaks. It’s how Cookie speaks. It’s important, most of all, just to be real. That’s who those characters are. These are the things Cookie would say, and it’s useful to know that she can say those words and still be loving and to not mean them.

TVLINE | Right, because you had already established that she, unlike Lucious, is sympathetic to the Jamal situation.
Yes, she loves Jamal and doesn’t judge him or think less of him. And these are words that express who he is in her mind. She doesn’t look at them as a pejorative, and we’d like to be able to portray that.

TVLINE | What is your timeline, as far as keeping Jamal in the closet?
It’s a big story in Season 1. Lee and Danny made clear to me that it was an important story to them to tell and we don’t let it go. We tell it, and we pay it off. 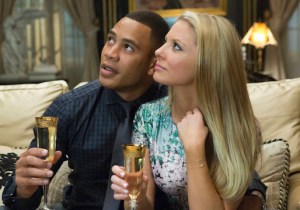 and Lucious isn’t altogether wrong. It has repercussions for Jamal’s career.

TVLINE | Tell me a little something about each of the sons that maybe hasn’t become evident yet.
Andre manages an illness, which came out last week, but the extent to which it defines his life on a day-to-day basis and the profound relationship he has with his wife, as the one person who he really trusts, and who really accepts and acknowledges his illness, is an important story for us. What’s not apparent about Andre and Rhonda is that although they’ve come out of the box as villains….

TVLINE | I was going to say, out of the three sons, he’s the one I’m not rooting for.
Because his behavior is not loveable to begin with. But there’s real love there [with Rhonda], and one of the things that is exciting to discover is that maybe they have the best and most loving relationship of any of the characters in the show.

TVLINE | And Jamal and Hakeem? 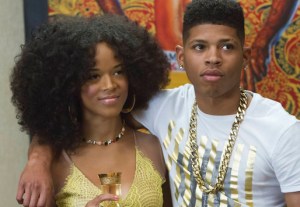 I think what’s not evident about Jamal — and what is not evident to him yet — is how tough he is. That he has a cunning and ability to tolerate pain that goes beyond what would be expected of him by anybody else in his family. And Hakeem, he appears to be just the bratty, badly behaved, overly entitled young king, but he’s a real artist. He has a kind of intuitive intelligence that is going to get him some things that he didn’t anticipate.

TVLINE | Lastly, tell me which character we should keep an eye on, that might be a bit under the radar so far?
God, they all are stellar. I’m just so invested in all of them. But as far as maybe being surprising, though you probably have a sense of it, that would be Anika, Lucious’ almost-fiancé. In the early episodes, you don’t know how fierce she is, but she gives Cookie a good run for her money.

TVLINE | So the whole elevator encounter was just the tip of the iceberg with those two?
Oh, yes.

TVLINE | But no Dynasty-style throwdowns in a backyard fountain?
Not quite!

Want more scoop on Empire, or for any other show? Email insideline@tvline.com and your question may be answered via Matt’s Inside Line.