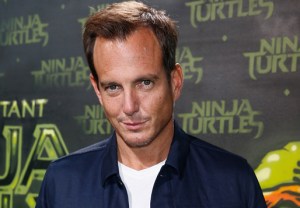 Will Arnett is already plotting his post-Millers TV comeback.

The former Arrested Development star has been tapped to lead Flaked, a new comedy series for Netflix, according to The Hollywood Reporter. Arnett plays a self-appointed guru named Chip who inadvertently falls in love with his best friend’s crush.

Arnett will write Flaked with co-creator Mark Chappell (The Increasingly Poor Decisions of Todd Margaret). The two will executive-produce the series alongside Mitch Hurwitz (Arrested Development) and Peter Principato (Blask-ish).

Ordered for eight episodes, Flaked will premiere on Netflix in 2016.

* HBO will air the half-hour documentary Game of Thrones: A Day in the Life, which covers one day of filming in three different countries, on Feb. 8 at 7:30/6:30c, Entertainment Weekly reports.