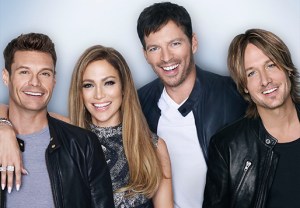 For the American Idol hopefuls looking to make it big in Season 14, there are few mentors more enticing than Scott Borchetta.

Also known as the man who discovered Taylor Swift — perhaps you’ve heard of her? — Borchetta will make his first appearance on the reality juggernaut later this season as he coaches the Idol wannabes throughout their stint on the show. (He replaces longtime judge/mentor Randy Jackson, who announced his exit from the series in November.)

At the Television Critics Association press tour on Saturday, Borchetta said he hopes to turn the mentor/contestant relationship into a “development opportunity” during his time with the singers.

“My job will be helping the artists understand who they are, what their vision is and what the arena is for them to really go after it and be an individual,” Borchetta said. “That’s one of the reasons I’m so excited to be involved with them from the beginning, to really work with them.” 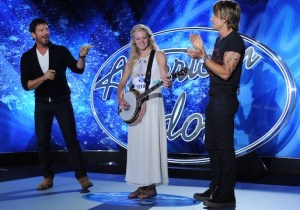 Regarding Borchetta’s presence on the show, executive producer Trish Kinane added: “[The contestants] are going to go out into the world and try to have a career. We wanted to put someone in the mix really early on that has an investment in what happens to these kids in the end.”

Kinane also addressed a few other changes Idol will make this year, including once-a-week live shows which will combine an elimination with a new round of performances.

“We’re not doing an elimination at the top of the show,” Kinane clarified. “But we’ve got some cool ideas as to how we’ll incorporate that drama throughout the course of the show.”

Sandwiched between Hollywood Week and live performances, two elements have been added to the competition: a brief interview between the contestants and judges, and one extra performance in front of a crowd at the House of Blues.

According to judge Harry Connick, Jr., the additional steps provided an even better learning opportunity for the hopefuls. “We saw them do what all of us really have to do. You have to go to smaller venues, get up and play,” Connick, Jr. said. “It was like a mini-festival in there.”

This season, viewers have gotten a sneak peek — a shadowy one, at least — at which contestants ultimately score a spot in the Top 24, a decision that Kinane said has led to much Internet speculation.

“We really think we’ve got great talent this year, so we really wanted to say that up front,” Kinane said. “We wanted to say, ‘Look, guys, this is a good season. It’s worth investing your time.'”

Your thoughts on what Idol has in store for Season 14? Drop ’em in the comments section below!