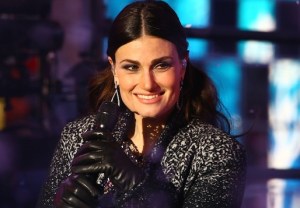 The cold never bothered her anyway — although with Super Bowl XLIX set for University of Phoenix Stadium in Arizona, that probably won’t be an issue when Idina Menzel performs the National Anthem as part of the pre-show festivities.

Indeed, the Frozen actress and Broadway diva has been tapped to perform “The Star Spangled Banner” right before kickoff at this year’s NFL extravaganza — airing Sunday, Feb. 1 on NBC — following in the footsteps of 2014 performer, opera star Renée Fleming.

R&B phenom John Legend, meanwhile, will do the honors on “America the Beautiful.”

Excited to hear Menzel and Legend’s take on their respective patriotic numbers? Hit the comments with your thoughts!