The Fosters‘ winter premiere on Monday (ABC Family, 8/7c) will bring to light a harsh reality for Brandon and Callie, who were last seen locking lips.

Will the on- and off-couple make another go of a relationship despite its complications? Will one of the teens put the breaks on “Brallie” Round 2? Whatever happens, TVLine’s exclusive photos reveal a tense and emotional confrontation for the pair.

“As with most things in life — and all things on The Fosters — the truth pretty much always comes out, even when it’s hard, even when it’s messy, even when it hurts,” executive producer Peter Paige, who can be seen directing the actors, says of the scene.

Flip through the gallery to get a first look, then hit the comments with your thoughts on whether you prefer Brandon and Callie as friends or something more. 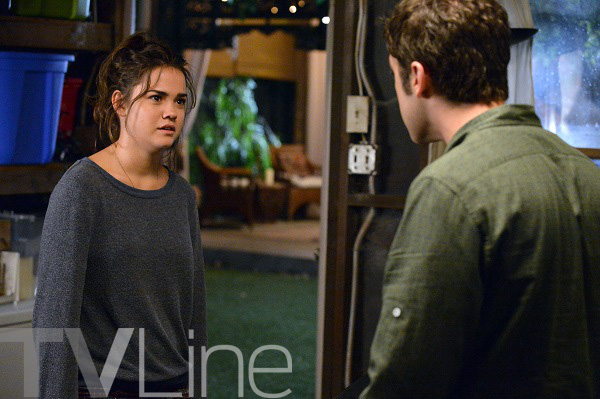