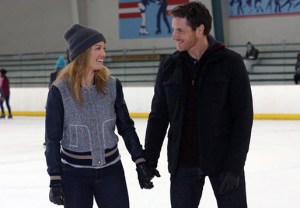 After last week’s utter sobfest, it’s only fair that Thursday’s Parenthood — the third-to-last episode ever, in case you’ve last track — gave fans, and their supply of Kleenex, a bit of a welcome reprieve.

Don’t get me wrong, I nearly lost it when Drew apologized to Zeek for ruining his French excursion, then again when Zeek and Millie revisited their old home, now populated with a new family. I also felt a twinge of emotion when Sarah finally answered Hank’s proposal, and I got a big ol’ lump in my throat when Joel and Julia reunited on the ice.

Oh, who am I kidding? I was this close to crying throughout the entire hour — but at least they would have been tears of joy. Now let’s dive into all of this week’s key moments, shall we?

JOEL & JULIA | If I’m dreaming, and Joelia’s long-awaited reunion was merely a figment of my imagination, please don’t pinch me. Seeing them wake up in bed together was beyond words, and I loved watching her hide him from the kids like some sort of cleft-chinned Christmas present. And while I also enjoyed their smaller moments together — like when he told her, “I will never leave you again,” or when he called her just to hear her voice — nothing compared to him surprising her and the kids at the ice-skating rink. (“Oh my gosh,” is right, Sydney. This is really, finally happening!)

SARAH & HANK | Determined to prove himself a viable husband, Hank rolled up his sleeves and got to work helping Amber put together her baby’s crib this week. (Speaking of viable husbands, Amber remains understandably concerned about her future with Ryan.) The crib turned out beautiful, despite him not using several important-looking pieces, and his plan was executed flawlessly: Sarah  said yes! And if the promo for next week’s episode is any indication — Zeek talks about wanting to walk Sarah down the aisle — I’m thinking there’s a good chance we’ll see that wedding in the series finale.

ADAM & CROSBY | The fate of the Luncheonette was also revealed this week, and it looks like it’s here to stay. It took some convincing — mostly from Jasmine, who has spoken approximately 15 words this season — but Adam finally saw how much the business means to Crosby. Actually, it was more than that; Adam saw how much joy it brought him, and how much he loved working alongside his brother. With so much uncertainty in the Braverman universe right now, I have to say I’m glad that at least one thing won’t be changing (aside from the stolen Janis Joplin photo, which has been replaced by a framed shot of two equally iconic and distinguished gentlemen).

Tell me, fellow Braverman wannabes, did you also manage to fight off tears this week? Or was the mere prospect of this series ending in two weeks enough to trigger waterworks? Drop a comment with your thoughts on the episode, and your hopes for the final two episodes, below. 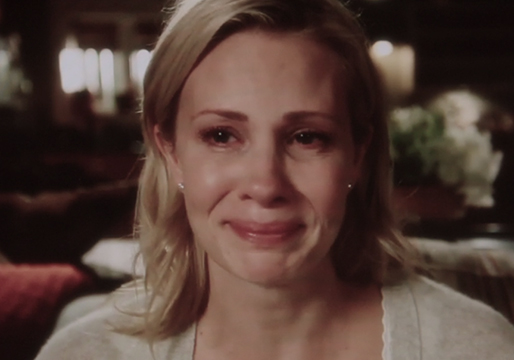