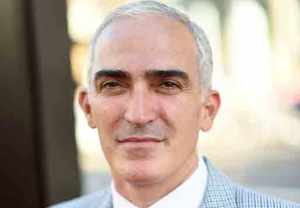 Once Upon a Time is enlisting an ad man for its next arc.

Patrick Fischler (Mad Men) will recur on Season 4 of the ABC drama as a peddler, TVLine has learned.

Fischler’s character comes across as well-intentioned but is actually a quick-witted, arrogant man with reckless impulses. He will appear in both the fairytale land and Storybrooke.

Fischler will also recur on Season 2 of HBO’s Silicon Valley as Professor Bannercheck, a very serious academic glowing with self-satisfaction who has relocated himself and family to help the guys at Hooli.

Once fans, what are you theories on the significance of Fischler’s role?