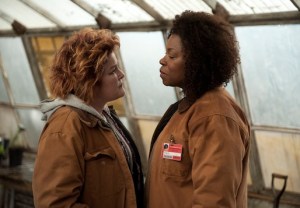 True Detective, Orange is the New Black and Transparent are among the first-time nominees for Directors Guild of America accolades, the organization announced on Wednesday.

Also of note: In the TV movie and miniseries category, NBC’s live adaptation of Peter Pan Live will go up against History’s Houdini and HBO’s The Normal Heart, among others.

The winners will be announced Feb. 7 at the guild’s annual awards dinner in Los Angeles. Scroll down for a list of top TV honors. For a complete list of nominees, click here.

Dan Attias, Homeland “13 Hours in Islamabad”
A security breach at the embassy has lasting ramifications.

Lesli Linka Glatter, Homeland “From A to B and Back Again”
Carrie’s operation is put in motion.

MOVIES FOR TELEVISION AND MINISERIES

Michael Wilson, The Trip to Bountiful