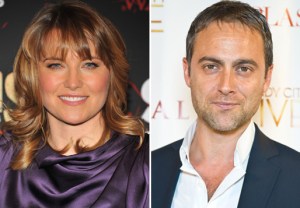 WGN America’s Salem is beefing up its Season 2 cast, inviting a warrior princess and an extraordinary gentleman into the fold.

Lucy Lawless and Stuart Townsend will both recur in the supernatural drama’s 13-episode sophomore season, the network announced Wednesday. Lawless will play Countess Marburg, one of the last members of a line of powerful German witches, while Townsend will play Samuel Wainwright, an English doctor intent on exposing Salem’s secrets — while closely guarding his own.

Additionally, Joe Doyle and and Oliver Bell are joining the cast as series regulars. Doyle will play Baron Sebastian Marburg, the charming son of Lawless’ character, while Bell will reprise the role of Mary’s presumed-dead son.

WGN America has also released an unsettling new teaser for the second season, which finds Anne is a slightly unusual position — even for her. (Spoiler alert: I hope you like blood and rats!)