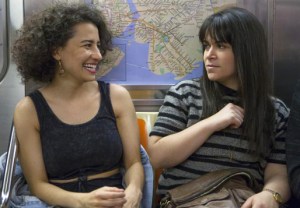 The sun is shining a little brighter in Broad City today.

The Comedy Central series was renewed for Season 3 on Wednesday, less than 12 hours before the premiere of its sophomore season (10:30/9:30c).

* Due to an overwhelming response from fans, HBO is moving the IMAX release of two Season 4 Game of Thrones episodes — plus a sneak peek at Season 5 — to Jan. 29 and extending the run through Feb. 5. Tickets go on sale at imax.com/gameofthrones on Jan. 16.

* VH1 Classic is celebrating Saturday Night Live‘s 40th anniversary with a 433-hour marathon of back-to-back episodes from Jan. 28 to Feb. 15. The marathon will begin with episodes from Season 39 and will work its way back to the very first episode, hosted by the late George Carlin.