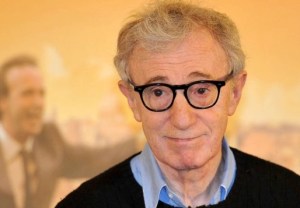 In what can only be another sign that TV trumps movies, four-time Oscar winner Woody Allen has signed on to create his first-ever series for Amazon Studios.

Currently being referred to as the Untitled Woody Allen Project, the half-hour series received a full-season order. Allen will write and direct the episodes, which will be available to U.S. viewers exclusively on Amazon’s Prime Instant Video.

Information about casting and the show’s logline will be made available in the future, the streaming service added — although from the sounds of it, Allen may still be in the brainstorming stages. “I don’t know how I got into this. I have no ideas and I’m not sure where to begin,” he joked, via press release.
“My guess is that [vice president of Amazon Studios] Roy Price will regret this.”

Price, for his part, added that “Woody Allen is a visionary creator who has made some of the greatest films of all-time, and it’s an honor to be working with him on his first television series. From Annie Hall to Blue Jasmine, Woody has been at the creative forefront of American cinema and we couldn’t be more excited to premiere his first TV series exclusively on Prime Instant Video next year.”

We’re going to go out on a limb and suggest a working title of Tragedy Plus Time — provided the show bends (without breaking).

Excited to see Allen come to TV after decades in the cinema? Sound off below!