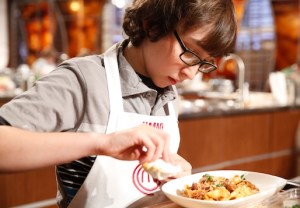 “Christina is one of the most exciting, dynamic and inspirational people in food today, whose brilliant ideas and incredible work ethic have resulted in a meteoric rise in the culinary world,” Ramsay said in a statement. “I have tremendous respect for her opinions, and she’ll be an incredible judge and phenomenal mentor to the best home cooks in America.”