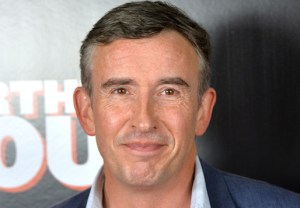 Showtime president David Nevins kicked off the cabler’s appearance at the Television Critics Association winter press tour announcing that the Steve Coogan-fronted comedy Happyish has been ordered to series.

Also, Shameless has been renewed for Season 6, on the heels of its Sunday premiere.

Happyish had been ordered to series a year ago, weeks before series lead Philip Seymour Hoffman’s passing. The show now stars Coogan as Thom Payne, a middle-aged man whose world is thrown into disarray when his 25-year-old “wunderkind” boss arrives full of “social” and “viral” ideas. Is Thom in need of a “rebranding” for the new generation? Is pursuing happiness is a fool’s errand?