Stan Lee has added another on-camera Marvel-verse cameo to his colorful resume, with an upcoming appearance on ABC’s Agent Carter (airing Tuesdays at 9/8c) — and TVLine has a first look at the comic-book icon on set.

Check out the photos and then read on for more: 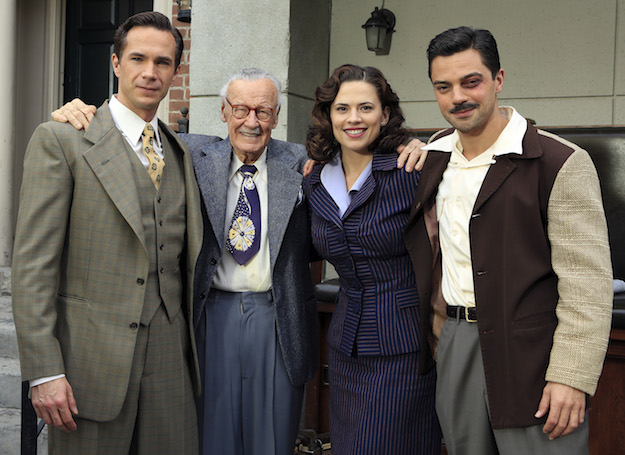 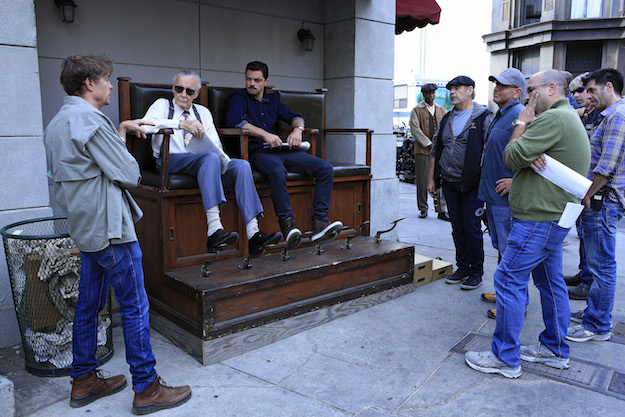 In “The Blitzkrieg Button” (airing Jan. 27), Peggy may be in more trouble than usual when fugitive Howard Stark suddenly returns for mysterious reasons. Meanwhile, Chief Dooley chases — all the way to Europe — a new clue that threatens to destroy Peggy’s future at the SSR.

In the episode, Lee plays a man who has a brief interaction with Stark (played by Dominic Cooper) that brings a moment of levity to the episode – much like his cameos in ABC’s Agents of S.H.I.E.L.D. and filmdom’s Captain America movies, The Avengers and Guardians of the Galaxy.

Do you look forward to Lee’s latest trip to the Marvel-verse? (And do you think he gives Stark that nasty shiner?)