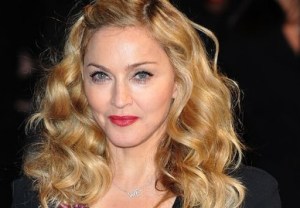 Madonna has made a date with Grammy.

The pop superstar announced late Monday on Twitter that she will perform at the 57th annual Grammy Awards on Sunday, Feb. 8 (8/7c, CBS).

Madge is expected to perform “Living for Love,” the first single off her forthcoming album Rebel Heart.