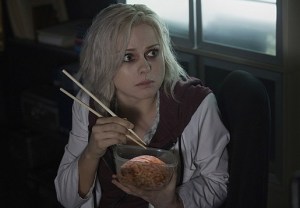 The CW has set premiere dates for it two midseason dramas — as well as scheduled the Winchesters for a move.

With the comic book-inspired iZombie premiering Tuesday, March 17 at 9/8c, Supernatural will return to Wednesdays starting March 18, where it will follow Arrow. (The 100 will have wrapped Season 2 the week prior.)

Meanwhile, the apocalyptic drama The Messengers is due to debut Friday, April 10 at 9 pm.

Additionally, the new, Cedric the Entertainer-hosted competition series Cedric’s Barber Battle (which is exactly what it sounds like) will premiere Friday, April 10 at 8 pm, leading into the new cycle of Whose Line Is It Anyway?