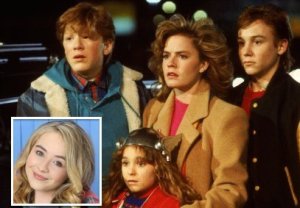 Sabrina Carpenter, who plays sassy sidekick Maya on GMW, will front Further Adventures in Babysitting, which is described as “inspired by the hugely popular 1980s film” that starred my teen crush, Elisabeth Shue. As told here, two rival babysitters (played by Carpenter and Sofia Carson, of Disney Channel’s upcoming Descendants) have an adventure in the big city as they race to find a misplaced kid.

Both TV-movies will film this spring (during the GMW and Mighty Med hiatuses), with an eye on fall 2015/early 2016 premieres.