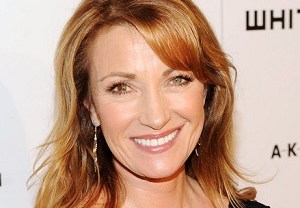 Jane the Virgin is getting some lessons in love from Jane Seymour.

The former Dr. Quinn, Medicine Woman star, who more recently appeared on Forever and Franklin & Bash, will recur on the CW series as the leader of a romance writers’ group that the titular heroine joins, USA Today reports.

Jane the Virgin returns with a new episode on Monday, Jan. 19 at 9/8c.

* Jonathan Tucker (Kingdom, Parenthood) will appear in Justified‘s final five episodes as Boon, a hired gun, per The Hollywood Reporter.

* George Clooney is headed back to TV. Sort of. Showtime has acquired The Studio, a drama series about the 1990s movie business executive-produced by Clooney and Peter Tolan (Rescue Me), our sister site Deadline reports.

* Jon Lovitz (New Girl, Hot in Cleveland) will guest-star on Hawaii Five-0, playing a man who fences high-end stolen goods and then has to work with the police when his client turns murderous, per EW.com.