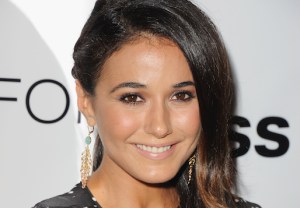 Entourage alumna Emmanuelle Chriqui is joining TNT’s Murder in the First as a series regular.

Per our sister site Deadline, Chriqui will play Lara Cruz, a brash and badass member of the SFPD Gang Task Force.

Chriqui — who will appear in the upcoming Entourage motion picture — also has had roles on TV’s The Mentalist and The Borgias, plus Crackle’s Cleaners.