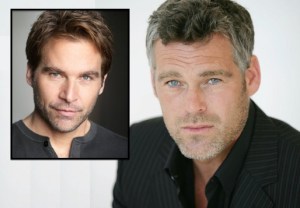 A General Hospital character is getting a new — but familiar — face.

On the heels of day player Robb Derringer tweeting-n-deleting about his release from the role of special agent Kyle Sloane, ABC has confirmed for Soap Opera Digest that daytime-TV vet Grayson McCouch is taking over the part.

McCouch’s soap resume include As the World Turns‘ Dusty Donovan (#Lusty4ever) and Another World‘s Dr. Morgan Winthrop, while his primetime credits include All Souls, Legacy and, most recently, Fox’s Gotham (as ill-fated Thomas Wayne).

Derringer, who made his GH debut in mid-November, will continue to appear as Kyle for the next several weeks, with McCouch set to begin recurring in early February.