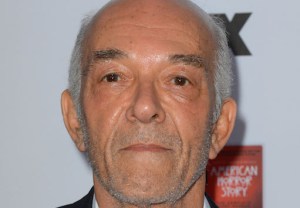 Might NBC’s Constantine have hired a Breaking Bad alum to play a well-known villain from DC Comics?

Mark Margolis, who played wheelchair-bound, bell-ringing Hector on the AMC series, will make his debut as Felix Faust in an upcoming episode of the supernatural drama.

Felix Faust is traditionally known as an adversary of the Justice League, though he does tangle with John Constantine in an iteration of the DC Comics universe known as The New 52.

The actor first will appear in the Jan. 23 episode, EW.com reports. The episode finds John trying to figure out why a bunch of people in Brooklyn — including Chas’ daughter — have fallen into an inexplicable coma.

“We’re trying to present the best of both worlds, in terms of ongoing mythology with the Hellblazer and DC world, but wrapped around weekly stories the viewers can hook into,” co-creator Daniel Cerone said earlier in the season, citing the drama’s inclusion of characters like Jim Corrigan (aka The Spectre), Gary Lester, Anne Marie and Dr. Thirteen.

In addition to Breaking Bad, Margolis’ TV credits include American Horror Story, Person of Interest and The Good Wife.

Constantine returns — with the conclusion of a cliffhanger two-parter — on Friday, Jan. 16 at 8 pm.