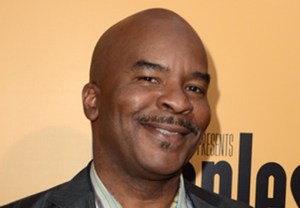 Here’s some news that even the Men on Film would love: In Living Color‘s David Alan Grier has signed on to NBC’s upcoming comedy pilot Go Jerrod Go, our sister site Deadline reports.

Written by and starring comedian Jerrod Carmichael (The Goodwin Games), the multi-camera project follows a young couple — played by Carmichael and newcomer Amber West — who struggle to tell Jerrod’s parents that they are moving in together.

Grier will play Jerrod’s father, opposite Loretta Devine (Grey’s Anatomy) as his mother.

Will you tune in to Go Jerrod Go? Drop a comment with your thoughts below.