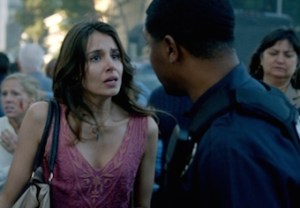 Amazon Studios has cancelled its series order for The After, a supernatural drama from X-Files creator Chris Carter, our sister site Variety reports.

Along with Bosch (which recently wrapped production on its freshman run), Transparent (already renewed for Season 2), the recently released Mozart in the Jungle and others, The After received a green light from Amazon back in March, after its pilot received positive reaction via the streaming service’s unique preview process. Only the pilot wound up produced, however.

“We have decided to not move forward with The After,” Amazon Studios VP Roy Price said in a statement. “We would like to thank Chris Carter, the phenomenal cast, crew and producers for all their efforts.”