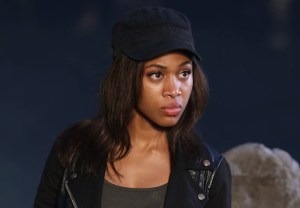 Moloch is dead and an angel is about to wing into town: As the Sleepy Hollow midseason premiere approaches (Fox, Monday 9/8c), it sure looks like Abbie and Ichabod’s luck is improving.

“Right off the bat, we jump in with this story of this avenging angel,” showrunner and executive producer Mark Goffman tells TVLine. As it happens, the heavenly visitor is a hunk — played by Max Brown (Beauty and the Beast, The Tudors) — who may be able to help the Witnesses as they try to figure out their purpose, post-Horrid King. 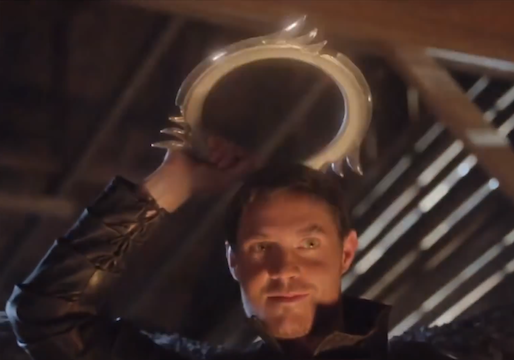 Goffman says Abbie, in particular, finds the winged one quite appealing… but not for the reasons you might think.

“There’s something inspirational that Abbie sees in his conviction and his abilities,” he says. “As the story unfolds, it becomes extreme. There’s a really interesting connection between Abbie and the angel.”

When star Nicole Beharie spoke with TVLine earlier in the season, she previewed Abbie’s sudden affinity for the dreamy divine messenger.

“She sees in him someone who is actually completely living for what they believe,” she said, “and finds that really inspiring and maybe even decides to sort of follow him in that.”

And Crane? Will the skeptical colonial be as enamored with the celestial being as his partner is?

Goffman offers this cryptic answer: “We shall see.”