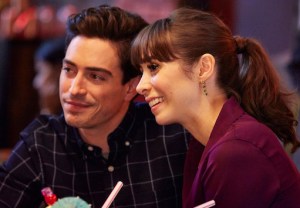 NBC’s Bad Judge and A to Z resumed their one-and-done runs on Thursday night with slashed numbers.

Opening the Peacock’s night, The Biggest Loser (3.5 mil/0.9) slipped 12 percent in audience while steady in the demo.

A Big Bang Theory rerun dominated the repeat-laden night in both total audience (with 8.1 million viewers) and in the demo (scoring a 1.7 rating).