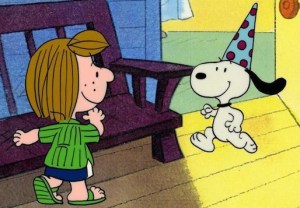 CBS’ Mike & Molly led a repeat-tastic Monday night in both total audience and in the demo, drawing 8.4 million viewers and a 1.8 rating (up a tenth week-to-week).

ABC’s Happy New Year, Charlie Brown broadcast (5.4 mil/1.5) surged 32 and 36 percent from last year, hitting six-year highs and placing second for the night in the demo. Rudolph’s Shiny New Year led out of that with 3.5 mil/1.0, ticking up 6 percent and a tenth from last year, to four-year highs.