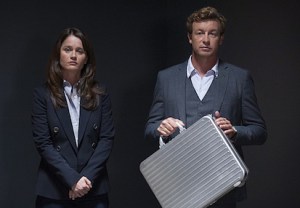 * Pending adjustments due to NFL overrun, CBS’ controversial Undercover Boss (with very roughly 9.4 million viewers and a 1.7 rating), The Mentalist (~8.1 mil/1.4) and CSI (~7.7 mil/1.5) are currently looking at upticks of anywhere from one to three tenths. (Reminder: The Mentalist now moves to Wednesdays at 8, starting Jan. 7.)