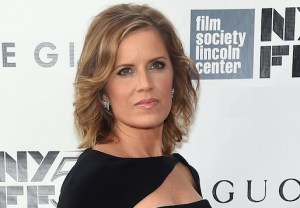 Kim Dickens is headed to a different kind of Wild West.

The Deadwood alum has landed the female lead in AMC’s Walking Dead spinoff, TVLine has confirmed.

Dickens will play a guidance counselor who’s in a relationship with a divorced teacher (Gang Related‘s Cliff Curtis).

Our sister site Deadline was first to report the news.

As scooped by TVLine, the untitled Walking Dead offshoot, which is operating under the code name Cobalt, will be set in Los Angeles and be a prequel of sorts, one that would chronicle the early days of the epidemic and the effort to contain it. The pilot script was penned by showrunner Dave Erickson and TWD creator Robert Kirkman.

Dickens, whose credits also include Treme, Friday Night Lights and Sons of Anarchy, will next be seen in Season 3 of House of Cards.