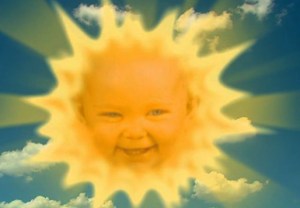 It’s the then-and-now you didn’t know you needed to see today.

Jess Smith, a 19-year-old student at Canterbury Christ Church University, has revealed that she played the iconic sun-baby in the children’s TV show Teletubbies. And just like Smith’s character, the news is setting the interwebs ablaze.

According to London’s Telegraph, Smith filmed her part — which was simply looped throughout the British series’ four-season run — in 1996, at which time the BBC paid her 250 pounds and a box of toys.

Ready to see what Smith looks like today? (Hint: She’s the one on the left.) 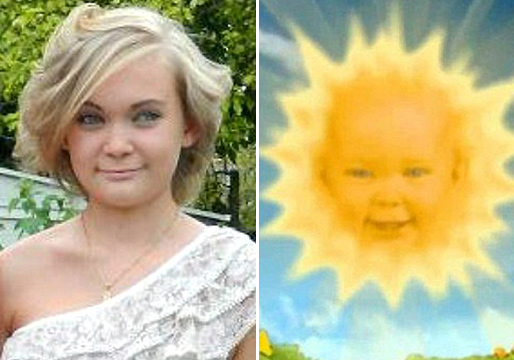 “Everyone says they can see the likeness between my face now and me as a baby,” Smith says. “I still have a baby face. I haven’t changed much either. I am still giggly.”

That said, Smith is probably too old to reprise the role for the 60 new episodes the Telegraph reports are being produced soon.