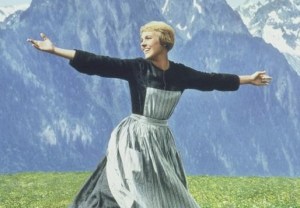 The hills were a bit less alive this Sunday, as ABC’s “sing-along” presentation of The Sound of Music drew 5.6 million total viewers and a 1.2 rating, down 14 percent and a tenth from last year.

Over on NBC, Sunday Night Football‘s Seahawks/Cardinals match-up did 15.9 mil and a 5.2 (per fast nationals), down 27 and 32 percent from the prelims for last week’s Cowboys/Eagles clash.

Cable ratings, as always and forever, come in much later and typically are reported under separate cover.