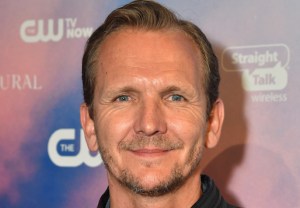 TV’s go-to baddie, Sebastian Roché, next will fill a role fit for a king — on ABC’s Once Upon a Time.

Having most recently made mayhem as The Originals’ Mikael, Roché will guest-star as Aurora’s father, King Stefan, in the upcoming second half of Once‘s fourth season, EW.com reports.

As per Sleeping Beauty lore, Roché’s royal has a past that’s entangled with the sorceress who years ago cursed his daughter — Maleficent, played by Kristin Bauer.