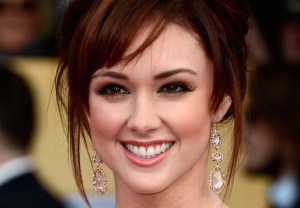 NBC’s The Mysteries of Laura has added Boardwalk Empire alum Meg Steedle as a series regular, TVLine has confirmed.

Steedle will make her debut in Episode 15 as Francesca “Frankie” Pulaski, a young detective who scored so high on her detective exam that she was initially assigned to headquarters at One Police Plaza — a placement that proved to be underwhelming for her.

When she joins the 2nd Precinct, Frankie’s sunny demeanor and optimism initially gets her pegged as naive and impressionable, though Laura will discover that the noob is using that disposition to conceal a dark secret.

In addition to her Season 3 run as Boardwalk‘s Billie Kent, Steedle’s TV credits include a scene-stealing turn in the NCIS episode “The Admiral’s Daughter” and a recent visit to Grey’s Anatomy.