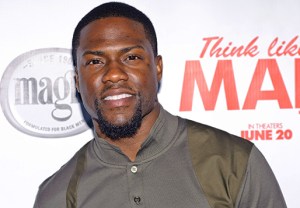 Saturday Night Live will usher in the new year with a little help from its old pal Kevin Hart.

A musical guest has not been announced.

Excited for Round 2 with Hart? Drop a comment with your thoughts below.