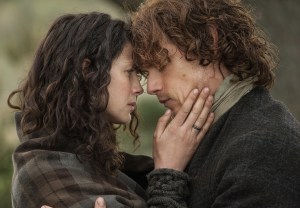 Outlander fans, you have been warned by Jamie Fraser himself.

In the sneak peek below, Sam Heughan, Caitriona Balfe and more players from the Starz drama preview the second half of Season 1, bowing April 4, 2015 — and it’s not going to be pretty.

“The stakes are going to change, and a lot of the relationships will deepen,” EP Ronald D. Moore hints.

Among the other highlights: Claire and Jack Randall get too close for comfort, Dougal proves his loyalty, Claire is accused of lying — and there’s not nearly enough shirtless Jamie (if we’re being honest).

If you have yet to catch up on the series, fret not: Starz will air the entire first half of Season 1 in a Christmas Day marathon.

Press PLAY on the video below for a sneak peek (then scroll further for a glimpse at Jamie and Claire’s sweet embrace), then hit the comments with your thoughts! 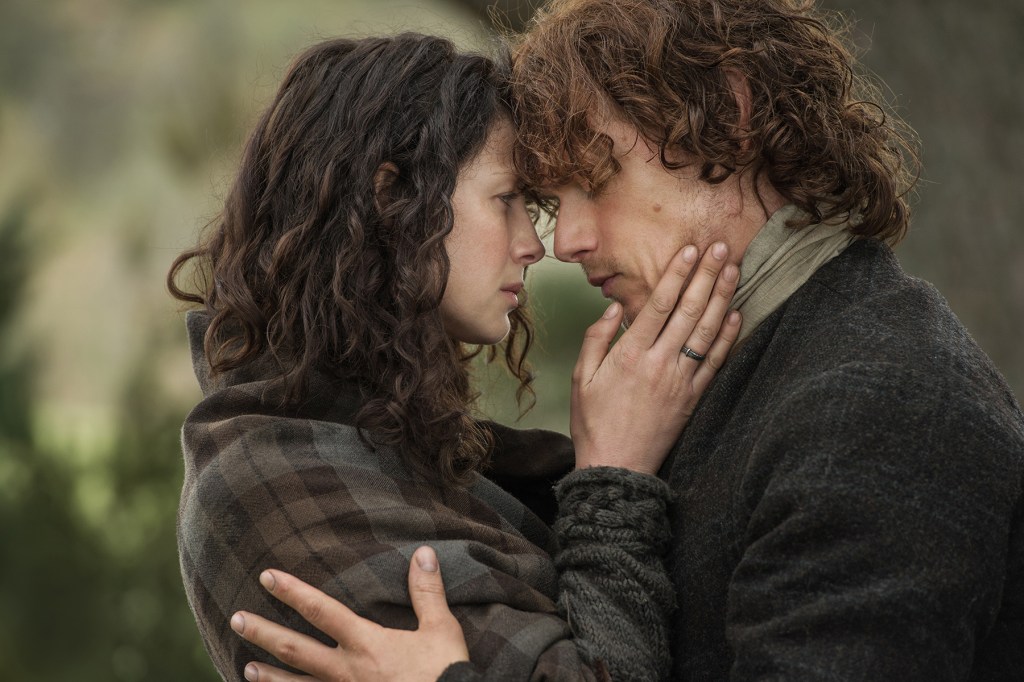