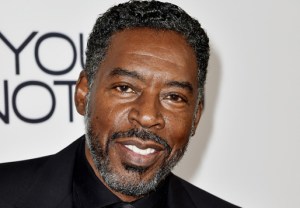 A retired Ghostbuster is heading under the sea for Once Upon a Time.

Ernie Hudson will appear as Poseidon in Episode 15 of the ABC drama’s fourth season, our sister site Deadline reports. In addition to being the god of the sea, Once‘s Poseidon is also the father of Merrin Dungey’s Ursula, a concept omitted from Disney’s The Little Mermaid in 1989, though later included in the Broadway musical.

JoAnna Garcia Swisher is also set to appear in Episode 15, reprising the role of Ariel.

In addition to his work on the big screen, Hudson has recurred in a number of TV series, including Franklin & Bash, The Secret Life of the American Teenager and Desperate Housewives.

Your thoughts on Hudson’s casting? How do you suspect Poseidon will play into the events of Season 4? Drop a comment with your theories below.