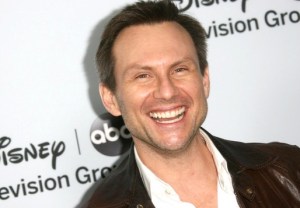 Here’s one title you’re almost certain to find on C-3PO’s DVR in 2015: USA Network has given a 10-episode series order to Mr. Robot, a drama set in the world of cybersecurity starring Christian Slater (True Romance, Mind Games) and Rami Malek (24).

The logline for the series is as follows: “Mr. Robot is a contemporary and culturally resonant drama about a young programmer, Elliot (Malek), who suffers from a debilitating anti-social disorder and decides that he can only connect to people by hacking them. He wields his skills as a weapon to protect the people that he cares about. Elliot will find himself in the intersection between a cybersecurity firm he works for and the underworld organizations that are recruiting him to bring down corporate America. Slater stars in the title role of Mr. Robot, a mysterious anarchist who recruits Elliot into an underground hacker group.”

Suburgatory‘s Carly Chaikin is also set to star as a chain-smoking hipster who specializes in writing malware. Portia Doubleday (Her) and Martin Wallstrom (Simple Simon) complete the cast, with Niels Arden Oplev (The Girl with the Dragon Tattoo) directing the pilot.

Are you looking forward to Mr. Robot? Sound off in the comments!